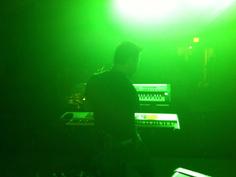 Playing the keyboards since age 4 then having to re-learn how to play with one arm, Todd has gained worldwide respect and notoriety.  As a professional musician/keyboardist he has toured all over the U.S. and beyond playing concerts in front of tens of thousands of people each year. He’s been featured in Keyboard Magazine, various news outlets, and even had the great honor of offering playing tips on maximizing each finger to David Bryan, keyboardist for multi-platinum band Bon Jovi when he suffered a finger injury.  He has appeared on numerous CD releases (both domestic and international), a double live DVD, and is a main character in a motivational book "I Work with Crabby Crappy People" published in 2012 in which he also wrote/recorded the digital soundtrack.

In the business world Todd has built and managed successful sales teams as Director/VP of Sales that resulted in unprecedented growth for the companies he’s worked for. Although he has success in the sales arena, the presentation to Corporations does not cover sales techniques or process. His passion is the people behind it all and their own self worth...that building each person to be a ROCK STAR as an individual regardless of title or status, builds an unstoppable ROCK STAR team.

Once too self conscious to even go into any store or public event because of the stares and quiet whispers (and the not so quiet ones!), he now speaks in front of thousands of people every year. Getting from point A (arm amputation) to point B (where he is today) was quite a mountain to climb, and Todd learned very valuable and teachable lessons in overcoming obstacles, achieving and maintaining a positive self-image, and that being “different” is not negative. In each 60 minute session he shares his story, and the message that his arm isn’t what made him whole…that getting it back would not make him any more complete. That people who have everything often times have a poor self-image and do not live life to the fullest. This message is shared with personal stories incorporating comedy, inspiration, and a keyboard is brought as Todd demonstrates his journey of becoming an amputee through becoming an internationally acclaimed keyboardist. He has spoken in front of executives at companies such as UPS, Walgreens, AMC, and others, many schools and churches, and even shared the stage with acclaimed author Mitch Albom.
Booking/Contact